You have probably alluded to exponential growth in everyday conversation without even realizing it. Perhaps you’ve said things like, “Ever since I started carrying raw meat in my pockets, the number of times I’ve been attacked by wild dogs has increased exponentially.' Exponential growth is sudden, quick, and relentless. Mathematically, exponential growth or decay has one defining characteristic (and this is key)', the rate of y’s growth is directly proportional toy itself. In other words, the bigger y is, the faster it grows; the smaller y is, the slower it decays.

where k is called the constant of proportionality. A model ship might be built to a 1:35 scale, which means that any real ship part is 35 times as large as the model. The constant of proportionality in that case is 35. However, k in exponential growth and decay is never so neat and tidy, and it is rarely (if ever) evident from reading a problem. Luckily, it is quite easy to find.

In the first problem set of this chapter (problem 3), you proved that the general solution to is I find the formula easier to remember, however, if you call the constant N instead of C (although that doesn’t amount to a hill of beans mathematically). Why is it easier to remember? It sounds like Roseanne pronouncing “naked”—“nekkit.”

In this formula, N stands for the original amount of material, k is the proportionality constant, t is time, and y is the amount of N that remains after time t has passed. When approaching exponential growth and decay problems, your first goals should be to find N and k; then, answer whatever question is being posed. Don’t be intimidated by these problems—they are very easy.

Example 3: The new theme restaurant in town (Rowdy Rita’s Eat and Hurl) is being tested by the health department for cleanliness. Health inspectors find the men’s room floor to be a fertile ground for growing bacteria. They have determined that the rate of bacterial growth is proportional to the number of colonies. So, they plant 10 colonies and come back in 15 minutes; when they return, the number of colonies has risen to 35. How many colonies will there be one full hour after they planted the original 10?

Solution: The key phrase in the problem is “the rate of bacterial growth is proportional to the number of colonies,” because that means that you can apply exponential growth and decay. They started with 10 colonies, so N = 10 (starting amount). Do not try to figure out what k is in your head—it defies simple calculation. Instead, we know that there will be 35 colonies after t = 15 minutes, so you can set up the equation

Solve this equation for k. Divide by 10 to begin the process.

Now you have a formula to determine the amount of bacteria for any time t minutes after the original planting:

We want the amount of bacteria growth after 1 hour; since we calculated k using minutes, we’ll have to express 1 hour as t = 60 minutes. Now, find the number of colonies.

So, almost 1,501 colonies are partying along the surface of the bathroom floor. In one day, the number will grow to 1.7 X 1053 colonies. You may be safer going to the bathroom in the alley behind the restaurant.

NOTE. All half-life problems automatically satisfy the property by their very nature.

Example 4: The Easter Bunny has begun to express his more malevolent side. This year, instead of hiding real eggs, he’s hiding eggs made of a radioactive substance Nb-95, which has a half-life of 35 days. If the dangerous eggs have a mass of 2 kilograms, and you don’t find the one hiding under your bed, how long will it take that egg to decay to a “harmless” 50 grams?

TIP. In an exponential decay problem such as this, the k will be negative.

Now that we know N and k, we want to find t when only 50 grams are left. In this case, t will be in days (since days was the unit of time we used when determining k).

You should be safe by Thanksgiving. (Nothing wrong with a little premature hair loss and a healthy greenish glow, is there?)

Directions: Solve each of the following problems. Decide which is the best of the choices given and indicate your responses in the book.

YOU MAY USE A GRAPHING CALCULATOR FOR ALL OF THESE PROBLEMS.

1. If Pu-230 (a particularly stinky radioactive substance) has a half-life of 24,360 years, find an equation that represents the amount of Pu-230 left after time t, if you began with N grams.

2. Most men in the world (except, of course, for me, if my wife is reading this) think that Julia Roberts is pretty attractive. If left unchecked (and the practice were legal), we can assume the number of her husbands would increase exponentially. As of right now, she has one husband, but if legal restrictions were lifted she might have 4 husbands 2 years from now. How many years would it take her to marry 100 men if the number of husbands is proportional to the rate of increase?

3. Assume that the world population’s interest in the new boy band, “Hunks o’ Love,” is growing at a rate proportional to the number of its fans. If the Hunks had 2,000 fans one year after they released their first album and 50,000 fans five years after their first album, how many fans did they have the moment the first album was released?

4. Vinny the Talking Dog was an impressive animal for many reasons during his short-lived career. First of all, he was a talking dog, for goodness sakes! However, one of the unfortunate side-effects of this gift was that he increased his size by 1/3 every two weeks. If he weighed 5 pounds at birth, how many days did it take him to reach an enormous 600 pounds (at which point his poor, pitiable, poochie heart puttered out)?

1. Because the rate of decrease is proportional to the amount of substance (the amount decreases by half), we can use exponential growth and decay. In other words, let’s get Nekt. In 24,360 years, N will decrease by half, so we can write

Divide both sides by N, and you get

Therefore, the equation will give you the amount of Pu-230 left after time t if you began with N grams.

2. This problem clearly states the proportionality relationship required to use exponential growth and decay. Here, N = 1, and y = 4 when t = 2 years, so you can set up the equation:

3. Our job in this problem will be to find N, the original number of fans. We have the following equations based on the given information:

Solve the first equation for N, and you get

Plug this value into the other equation, and you can find k.

Finally, we can find the value of N by plugging k into

NOTE. It should be no surprise that the left-hand side of the equation is 4/3 in the second step, as Vinny’s weight is 4/3 of his original weight every 14 days. In the half-life problems, you may have noticed that this number always turns out to be ½.

4. Oh, cruel fate. If Vinny weighed 5 pounds at birth, he weighed or 6.667 pounds 14 days later. Notice that we will use days rather than weeks as our unit of time, since the final question in the problem asks for days. 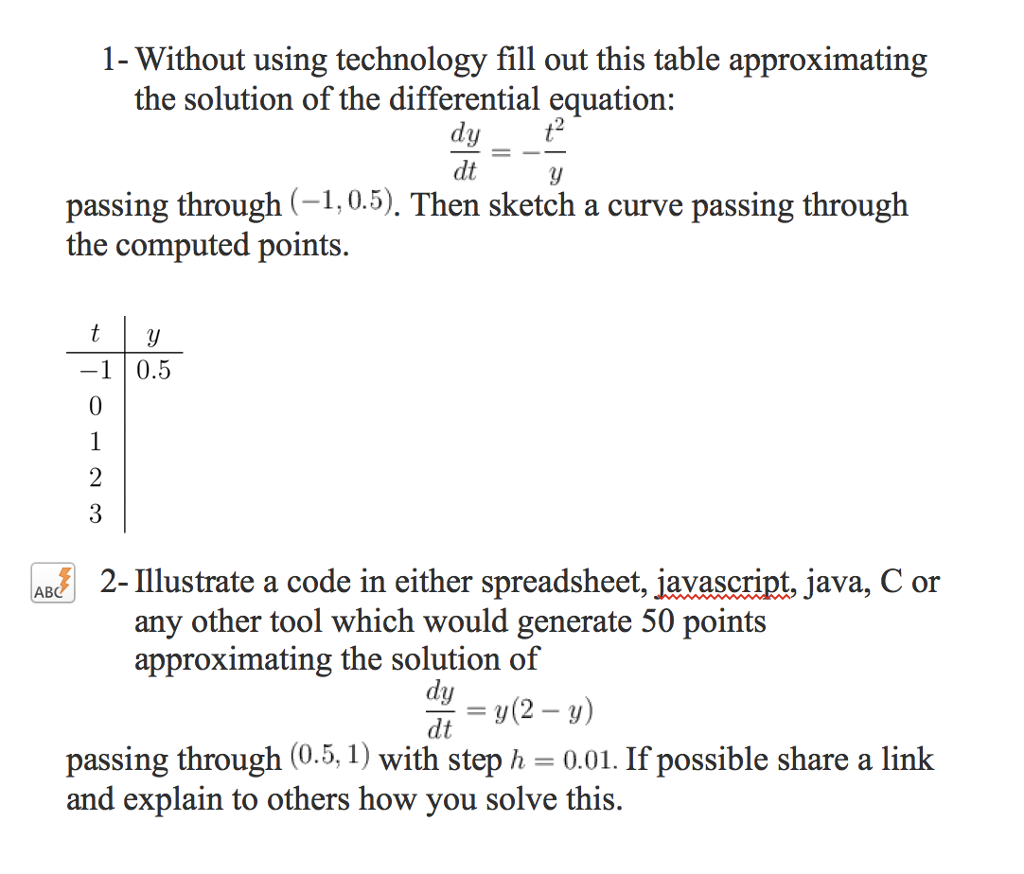 The poor guy lived almost 8 months. The real tragedy is that even though he could talk, all he wanted to talk about were his misgivings concerning contemporary U.S. foreign policy. His handlers were relieved at his passing. “It was like having to talk to a furry John Kerry all the time,” they explained.

In this section, we strive to understand the ideas generated by the following important questions:

In our work to date, we have seen several ways that differential equations arise in the natural world, from the growth of a population to the temperature of a cup of coffee. In this section, we will look more closely at how differential equations give us a natural way to describe various phenomena. As we’ll see, the key is to focus on understanding the different factors that cause a quantity to change.

Preview activity (PageIndex{1}) demonstrates the kind of thinking we will be doing in this section. In each of the two examples we considered, there is a quantity, such as the amount of money in the bank account or the amount of salt in the tank, that is changing due to several factors. The governing differential equation results from the total rate of change being the difference between the rate of increase and the rate of decrease.

In the Great Lakes region, rivers flowing into the lakes carry a great deal of pollution in the form of small pieces of plastic averaging 1 millimeter in diameter. In order to understand how the amount of plastic in Lake Michigan is changing, construct a model for how this type pollution has built up in the lake.

Let’s denote the amount of pollution in the lake by (P(t)), where (P) is measured in cubic meters of plastic and (t) in years. Our goal is to describe the rate of change of this function; in other words, we want to develop a differential equation describing (P(t)).

Since (5 cdot 10^{10}) cubic meters of water flow out each year, then the plastic pollution leaves the lake at the rate of

We have now found a differential equation that describes the rate at which the amount of pollution is changing. To better understand the behavior of (P(t)), we now apply some of the techniques we have recently developed.

Since this is an autonomous differential equation, we can sketch (dP/dt) as a function of (P) and then construct a slope field, as shown in Figure (PageIndex{1}).

These plots both show that (P = 1.5 cdot 10^5) is a stable equilibrium. Therefore, we should expect that the amount of pollution in Lake Michigan will stabilize near (1.5 cdot 10^5) cubic meters of pollution. Next, assuming that there is initially no pollution in the lake, we will solve the initial 6 and we assume that each cubic meter of water that flows out carries with it the plastic pollution it contains value problem

Separating variables, we find that

Integrating with respect to (t), we have

and thus changing variables on the left and antidifferentiating on both sides, we find that

Finally, multiplying both sides by −1 and using the definition of the logarithm, we find that 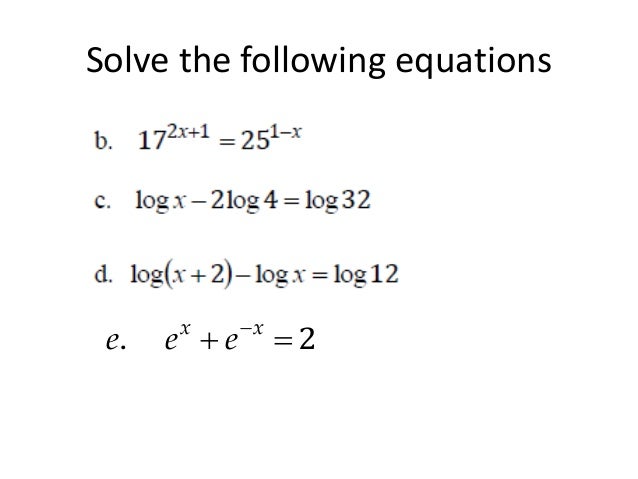 Of course, we can also explore what happens when certain aspects of the problem change. For instance, let’s suppose we are at a time when the plastic pollution entering

Restarting the problem at time (t = 0), we now have the modified initial value problem

In the upcoming activities, we explore some other natural settings in which differential equation model changing quantities.

Suppose you have a bank account that grows by 5% every year. Let (A(t)) be the amount of money in the account in year ( t). 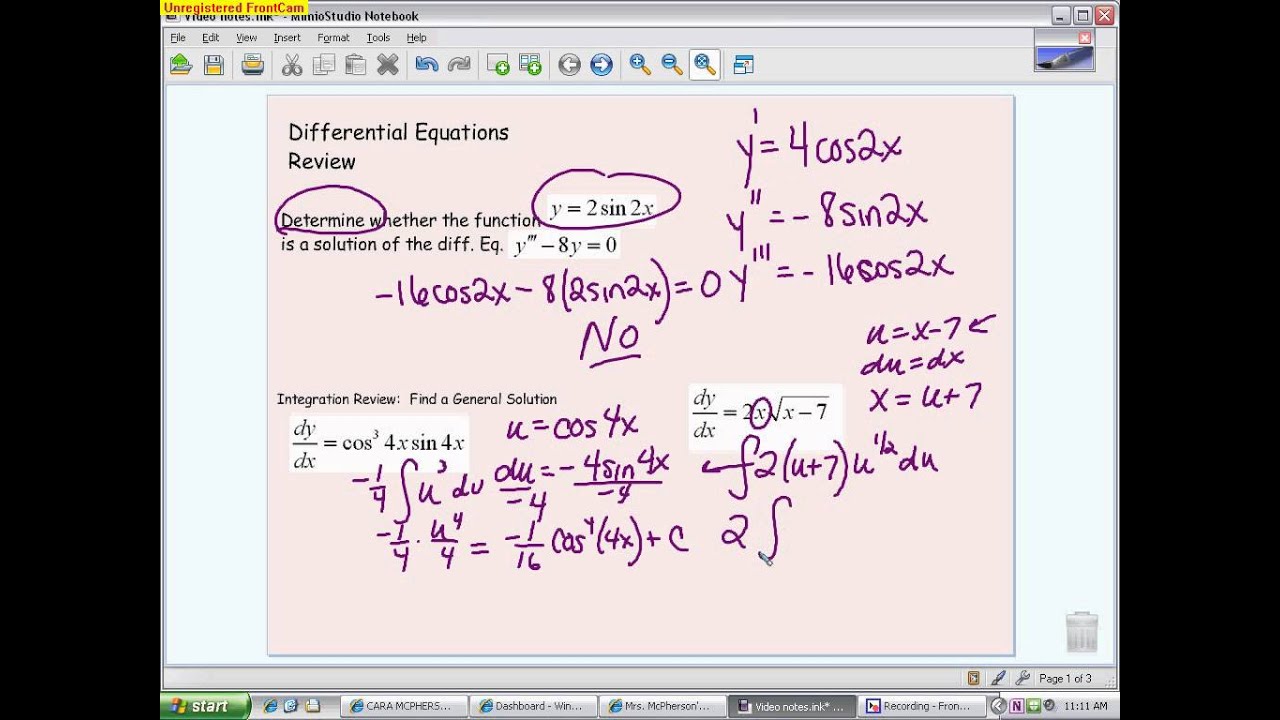 In this section, we encountered the following important ideas: 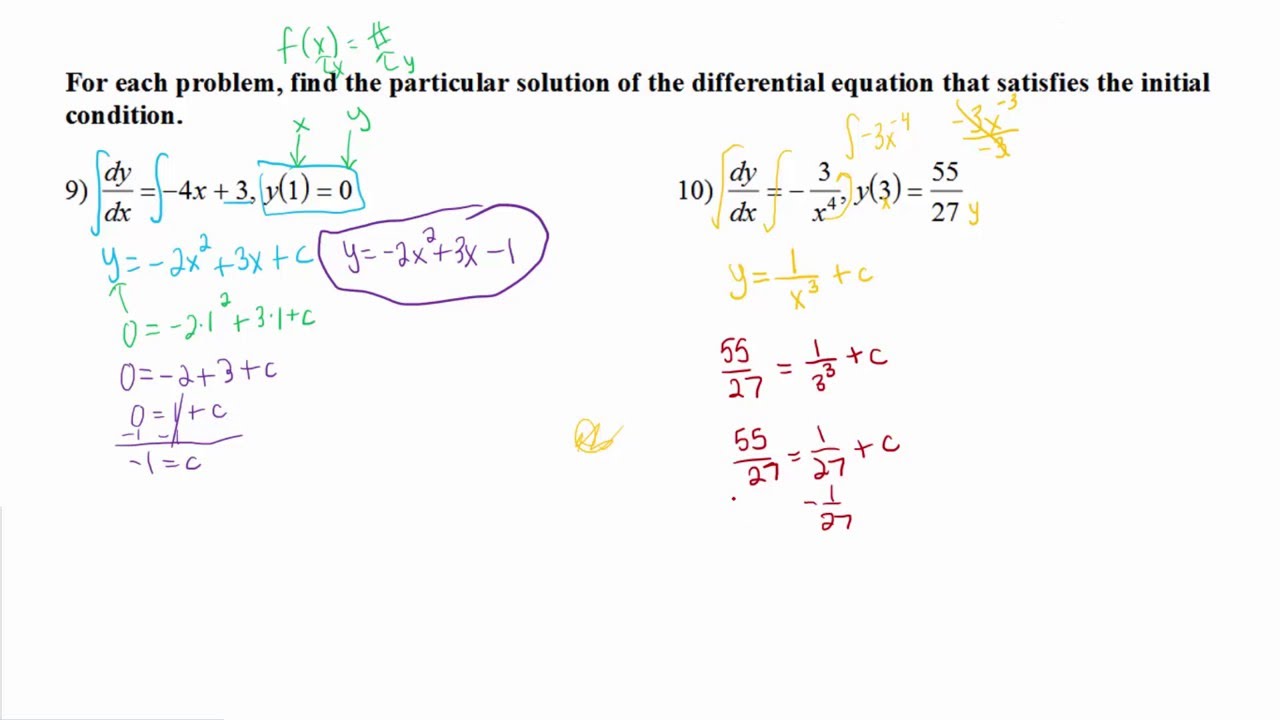