Trust is the social glue that holds business relationships together. Business partners who trust each other spend less time and energy protecting themselves from being exploited, and both sides achieve better economic outcomes in negotiations. But, how do managers decide whether to trust a potential partner outside of their business? And how does culture influence this decision-making process?

Building a gun room and gun walls has become very popular in America. There are many reasons to consider a gun room. If you have a large collection, safes and cabinets may not work well for you.Security can be easier with a properly constructed gun room with a vault door.Rifle displays look great. Big Trouble in Little Vegas is a Wasteland 3 secondary mission that contributes to the Full House primary mission. This walkthrough will provide some tips. 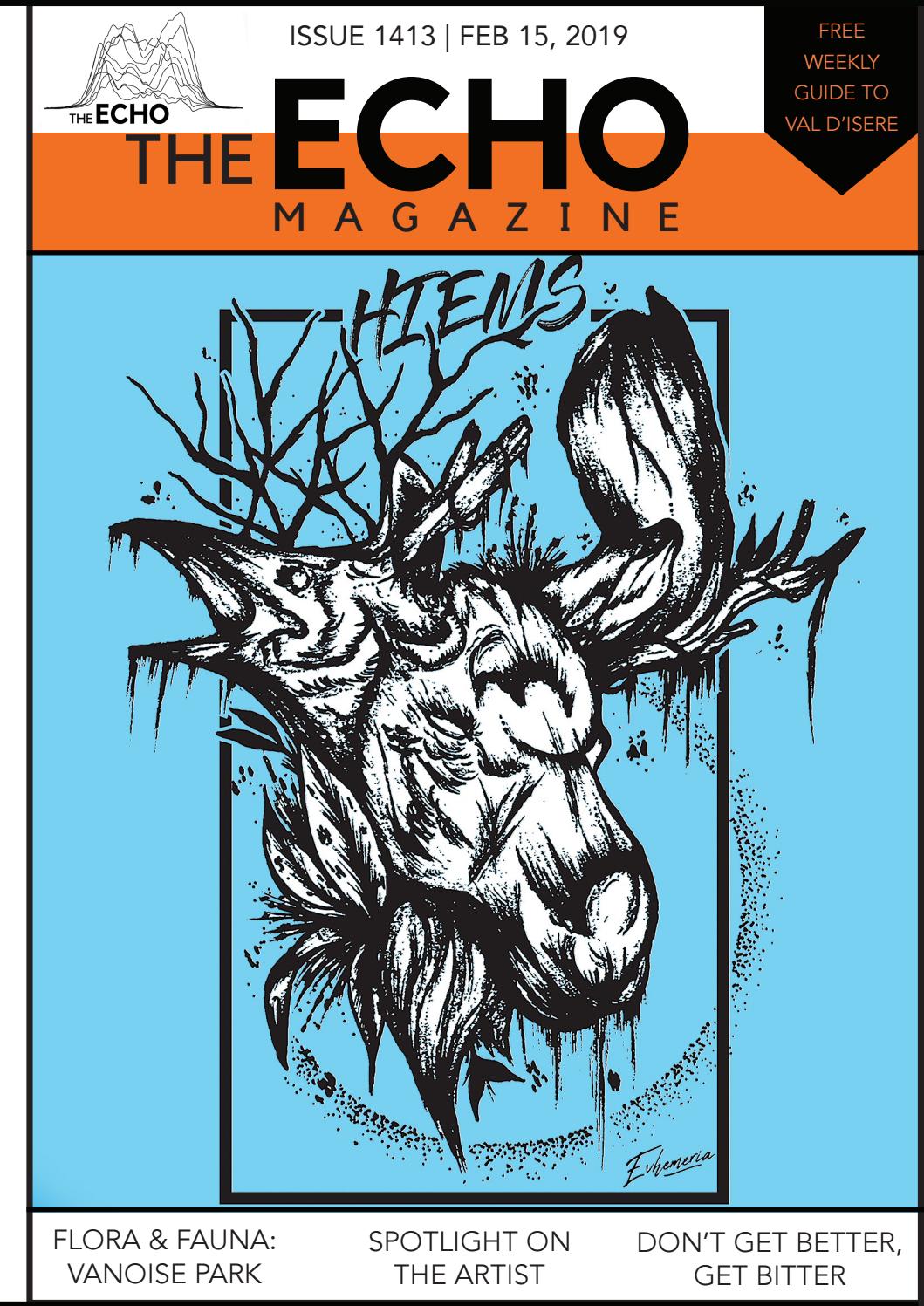 To answer these questions, we interviewed 82 managers from 33 different nations in four regions of the world identified by the World Bank as the engines of the global economy: East Asia, the Middle East and South Asia, North America and Europe, and Latin America. These managers were diverse in terms of gender and age, and they represented various industries and business functions.

We asked them, “How do people in your culture determine if a potential business partner is trustworthy?” Their answers revealed systematic cultural differences in how trustworthiness is judged that have implications for how managers should approach these partnerships. Our findings have been published in The International Journal of Conflict Management.

Although not everyone in a cultural region determines trustworthiness in the same way, the cultural similarities and differences we observed led us to several conclusions, building on the previous work of one of us (Jeanne). The variations we observed — in both the criteria that managers used to assess trustworthiness and the way they collected information to make that assessment — are associated with two cultural factors. The first factor is how much people in that culture are willing to trust strangers in everyday social interactions. The second is what’s called cultural tightness-looseness, which is the extent to which social behavior is closely monitored in a particular culture and violations of social norms are sanctioned.

Here is an overview of what we found in each region. Further below we discuss what this means for managers looking to build business partnerships across cultures.

Managers from Western cultures told us they generally assumed a potential new business partner would be trustworthy. For example, one respondent from the U.S. said, “We operate under the principle [that] everyone can be trusted until proven otherwise.” Another person from Italy said something similar: “We tend to believe that people are trustworthy.”

Nevertheless, managers in this region also tested those assumptions; “trust but verify,” as one U.S. respondent told us. They did so primarily by evaluating the potential partner’s behavior at the negotiation table: “See if [the] person is forthcoming; ask a question you know the answer to,” a U.S. manager advised. A respondent from Germany explained, “If you have someone who’s pretty open to you, who shares a lot of information, I think it feels like he’s trusting in you, so you trust in him. … If it’s only give, and there’s no take, or if there’s only a take from his side and no give, then it’s not a fair dialogue.”

Managers in Western culture do not rely on a social relationship to ensure trust — in fact, it’s just the opposite. “It doesn’t matter how nice the people are, or how much you like them. If they don’t have enough business, they don’t have enough business,” a respondent from the U.S. said. An Italian manager explained: “You have to separate the personal relationship from the work.”

East Asian managers described what amounted to a three-stage process to determine trustworthiness. First, they seek information about a potential business partner’s reputation. “In order to trust, we have to know the [person] first,” said a Korean manager. A favored way to do this is to rely on a third-party introduction, which we call “brokerage.” A Japanese respondent explained it this way: “If Mr. B introduces Mr. C to Mr. A, then Mr. A would trust Mr. C, because Mr. A trusts Mr. B. And Mr. A knows that if Mr. C performs very badly, then Mr. B will be very embarrassed, and the relationship between Mr. A and Mr. B gets very weak.”

Reputation, East Asian managers explained, is hard to establish, so people and companies with good reputations are intent on maintaining them.

“Chinese exaggerate so [you] have to check [them] out yourself. Focus on their capabilities.” — manager from China

“Sometimes people [say they can do] things [that] they cannot do. It’s a big mistake and you lose trust completely [in these people].” — manager from Japan

If the potential partner’s competency checks out, East Asian managers move to the third stage, where they engage in more social, relationship-building activities. A manager from Japan explained that they tend to socialize after the business meeting, so as not to do anything to upset the burgeoning relationship. “[Having a] business dinner after successful or important meetings is fairly typical,” they said.

Respect is the primary criterion we found Middle Eastern and South Asian managers use to judge trustworthiness. Managers from these cultures explained that to expand their businesses they had to work with others who were not members of their immediate family, clan, or tribe. They understood that a potential business partner might not share their values, but they sought out people who at least respected their values. “Show[ing] that you respect their way of living can play a big role in smoothing the [beginning of the relationship],” as one manager from India told us.

Middle Eastern and South Asian managers said that they verify, before they trust. “It’s not, I trust, [then] I verify; it’s I verify first, then I trust,” said a manager from Lebanon.

As in East Asia, managers from this region research their potential partner’s reputation. One respondent from Palestine said, “I talk to other people in the community who might know this person, ask them about him [and] whether I should move forward or not.” This process might include brokerage: “I try to always build [a] personal relationship with my clients. They don’t always become friends, but … when they introduce me to potential clients, my potential clients trust me because there’s someone in the middle [whom they] trust,” said a manager from Turkey. 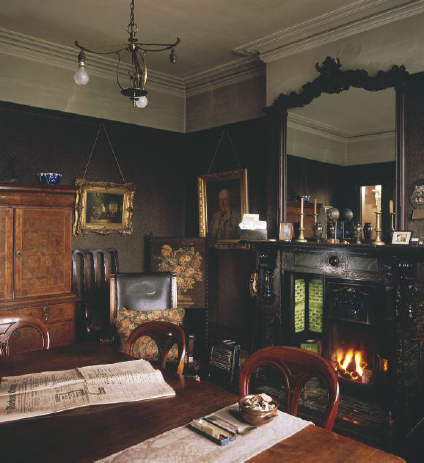 Negative information at this stage of the process is a signal to move on, but positive information then needs to be confirmed. “You should double-check or ask more than one person…” a manager from Kuwait cautioned.

The final judgment of trustworthiness in this region often comes after a series of social engagements that provide an opportunity to assess respect:

“People go [to] … dinners. … They have a couple [of] drinks. They talk about stuff, life and everything. So they try to get to know each other’s character, and so … decide there whether to trust that person or not.” — manager from Turkey

“We like hospitality, so you should show some generosity, so people feel that … you’re willing to give.” — manager from Saudi Arabia

In Latin American cultures, the social relationship comes first, and the business after. Shared values are the primary criteria for judging trustworthiness:

“Find out if (they) have same values as you do.” — manager from Brazil

“They trust me because they think that I am similar to them.” — manager from Colombia

“If you perceive that there are values that are not shared … that is where you decide [whether] things can continue … or [whether you’re] not really willing to have the next conversation.” — manager from Bolivia

Latin American managers rely on the opinions of others as a first step in determining the trustworthiness of a potential new business partner. The primary focus of managers in this region was weeding out those with poor reputations. A manager from Mexico told us, “If you heard one guy wants to make an alliance with you, and three or four former shareholders say that he’s very corrupt … I think that’s very, very important, because … if he stole from other guys, he will [probably] do it to you.”

“Before negotiation, engage in social contact — no business talk.” — manager from Nicaragua

“[Small talk] in Latin America is very important…and a good way that we’ve found to do it is by sharing a meal. We try not to talk business. We just get to meet each other … see if we have things in common. Most of the times, we do.” — manager from Mexico

“When you get them talking about their family, about something that they like talking about … even if you try … you cannot hide yourself … for the whole two hours. There will be like five minutes where you’re going to show your true colors, right? That’s what you want to see. … Are they open? Are they transparent? Or are they shady? Are they suspicious? [You want to see] their true self, the one that you’re going to be working with.” — manager from Chile

What Explains the Differences?

The differences we observed are connected to cultural levels of trust and how “tight” or “loose” the culture is. Again, those terms refer to the extent to which social behavior is monitored and violations of social norms carry consequences.

How Do You Assess Trust with Potential Business Partners?

In North America or Europe: Recognize that the test for trustworthiness is openness and consistency at the negotiation table. Be prepared to share business-relevant information regarding priorities and the reasons behind them, and it’s fair to expect the same in return. Accept that a cordial social relationship is a benefit but not necessary for trust between business partners.

In East Asia: Ask someone who has worked with you and the other party to make an introduction. Be prepared to demonstrate your competency to deliver your end of the new business relationship, by showing examples or providing prototypes. Join in post-negotiation social events to celebrate the new relationship.

In the Middle East or South Asia: Understand that respect reigns. Actively seek opportunities to signal respect for differences in cultural norms. Offering or reciprocating hospitality is a good start.

In Latin America: Participate fully in social activities. Be prepared to be open about yourself, your interests and hobbies, and your family situation. Learn about the partner’s business and community, including their family and values, so that you can move the conversation beyond small talk.

Keep in mind that cultural differences are a matter of emphasis. For example, our findings do not imply that respect, which we found to be key in the Middle East and South Asian cultures, is altogether unimportant in Western culture; just that it is more important in Middle Eastern and South Asian cultures. Likewise, our research does not imply that every manager in every country in a region is going to approach the challenge of determining whether you are a trustworthy potential business partner exactly as we described. That said, understanding what is normative in a culture can give you useful information as you endeavor to build trust with counterparts in different parts of the world.

If you want to explore these concepts further and understand how they apply to you, you can join this simulation and webinar taught by Jeanne.