GAME OF THE DAY 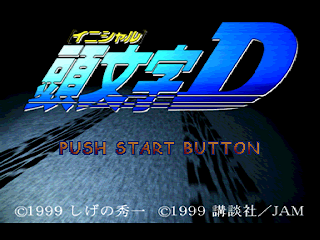 Class 5A Division I state championship

Other offense: Raider senior and Texas signee Ja’Tavion Sanders is a big-play specialist who averages 18.6 yards a catch to go along with 15 receiving touchdowns. Senior teammate and Oklahoma signee Billy Bowman had 13 catches for 136 yards and a touchdown in last week’s 49-35 victory over Mansfield Summitt. RB Ke’ori Hicks averages 82 yards a game on the ground. … The Timberwolves counter with a trio of receivers ― Gunnar Abseck, Josh Cameron and Jack Hestera ― who have combined for 207 catches, 3,160 yards and 44 touchdowns. Kevin Adams had 77 yards in last week’s victory over Corpus Christi Veterans Memorial.

Defense: Ryan allows an average of 16 points but was shaky in last week’s victory over Mansfield. Bowman, who doubles on defense, broke up a critical pass on fourth down late to preserve the win. … Led by LB Shelby Battles, the Timberwolves allow 18 points a game, but they have yielded a total of 70 points in their last two victories.

Special teams: The Raiders have counted on Sanders and Bowman to make plays on kickoff and punt returns. … Cedar Park PK Juston Bohrer has made 8 of 9 FG attempts, his longest from 43 yards. Abseck has been consistent on punt returns, averaging 14 yards.

Intangibles: Ryan, ranked No. 9 in the nation by MaxPreps, will make its seventh appearance in the title game. The Raiders have won two state titles and were state runners-up last year after losing to Highland Park the previous three trips to the semifinals. Ryan has had only two tough games: a 17-7 playoff victory over Highland Park and a 23-20 victory over Denton Guyer early in the season. … Cedar Park, ranked No. 50 by MaxPreps, is seeking its third state championship after capturing titles in 2012 and 2015. The T-Wolves showed grit in their 52-42 victory over Manvel two weeks ago. Manvel is the only team to come within 10 points of Cedar Park.