The Retarget Manager within the Skeleton Editor can be used to manage your retarget sources, set up rigs and define retargeted base poses for use with Animation Retargeting .

Since retargeting uses a Skeleton asset and the Skeleton has its original proportions defined by the Skeletal Mesh for which it was initially created, it follows that one-directional retargeting will work smoothly in most cases. However, there will often come times when you will have special animations that are built just for the variant versions. For example, suppose you have multiple characters that share the same Skeleton asset (a base character, a short character, and a tall character) and you have a special animation that was created just for the tall version of the character.

If you imported this new tall-only animation in, you would still need to use the same Skeleton asset as before, which was created from the base version of the character. This will cause the new animation's proportions to be distorted. The solution is to use the Manage Retarget Source option within the Retarget Manager which allows you to associate an Animation Sequence with the actual Skeletal Mesh for which it was designed. In this way, any problems of retargeting for special animations will be fixed.

Guitar Rig is a complete solution for the modern guitarist - on stage, in the rehearsal space, at home, and in the studio. The software provides authentic emulations of classic and modern. Updates for NHOS are downloaded and installed on your rigs automatically. We have also updated our NiceHash OS Flash Tool. We have launched a MacOS version and added a crash dump with the Windows version. WHAT IS NICEHASH OS? NiceHash OS or in short NHOS is an operating system that loads from USB flash drive and runs from computer memory. Rig Manager is Mac OSX librarian software for Profiler. Backup all Rigs in the.all the Rigs inside.and search Rigs conveniently. VirtualRig™ Studio. The middle section of the Retarget Manager allows you assign a Rig to the Skeleton which can be used to pass animation data to a different Skeleton that uses the same Rig.

This process is needed in order to perform any animation retargeting for characters that use different Skeleton assets.�

You can select the Rig to use from the Select Rig drop-down option where a Humanoid option is available which you will want to select for most characters.

Once you assign the Humanoid Rig, you will need to assign Bones from the Skeleton that correspond to the same (or similar) location as the Node on the Rig. You can use the drop-down menu for Node and manually assign the corresponding Bone from your Skeleton, or you can use the Auto Mapping feature located at the top of the menu. This will look through your Skeleton and attempt to find the best matching Bone for each Node on the Rig.

The�Show Advanced�button will allow you to assign additional Node/Bone correlations for things like finger digits, IK Bones or Twist Bones. Once you set up the Rig for your source Skeleton (or the Skeleton asset that drives the animation that you want to retarget to another character), you will need to go into the Skeleton of the target Skeleton and assign the same Rig and define the Bones in the new Skeleton that best match up with the Nodes on the Rig.

Please see�Using Retargeted Animations �for a step-by-step guide on setting up a Rig to retarget animations between characters that use different Skeletons.

There may be instances where you want to retarget animations to a Skeleton that is not quite using the same base pose as your Source Skeleton.

Take for example the Skeleton in the image below on the right when attempting to retarget an animation:

Our Source Skeleton (left) is in a A-Pose while our Target Skeleton is using an T-Pose. If we were to retarget animations as is now, we may encounter issues:

Above we have our target animation on the left of a character holding a shotgun, however, when we retarget the animation to our new character on the right (because they are using different base poses) the arm positioning is not correct. We can fix this by Retargeting the Base Pose inside the Retarget Manager which allows us to define a Retargeted Base Pose to use for animation retargeting purposes rather than using the characters normal Base Pose.

We can select bones in our character and rotate them (in this case the left and right shoulders) so that our character is in an A-Pose, then we click Modify Pose:

This will set the pose you define as the Retargeted Base Pose to use when performing any animation retargeting.

Now when we go to retarget an animation, we will see the updated Retargeted Base Pose:

When we retarget animations for Skeletons that have more similar Base Poses, we get better-looking results:

From the Modify context menu, you can also choose to import a pose from an animation Pose Asset to use as the Retargeted Base Pose.

In the image above, after selecting which Pose Asset to use (1) the available poses will be displayed in the selection drop-down menu (2). After selecting a pose from the Pose Asset to use, clicking the Import button (3) will update the mesh in the viewport to use the pose selected as the Retargeted Base Pose. Below (left) our default pose is shown and (right) our Retargeted Base Pose selected from a pose within our Pose Asset is shown. 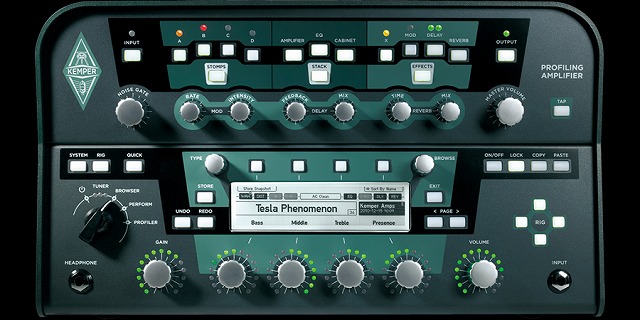 Say, for example, you’re sharing backline instruments with another performer and so have to use someone else’s keyboard controller for your performance. Rig Manager’s controller mapping means that you only need to map the new physical controllers to the existing virtual ones and all of your widget controls are reestablished. That can be accomplished in a few minutes around soundcheck. Similarly, if you use one controller for rehearsal and a different one for gigs, Rig Manager can make it much easier to switch between them. If you play multiple identical keyboards, Rig Manager simplifies distinguishing among those.

See the Reference section on the Rig Manager for additional details.

In Gig Performer, a “rig” is a collection of three sets of information: a set of physical MIDI controllers, a set of virtual controllers that can be attached to widgets, and a map that relates the two sets, thereby connecting your physical controller, through widgets, to parameter controls.

The following tutorial walks through adding MIDI Input devices and MIDI Controls, and linking them appropriately to let you quickly switch between a rehearsal setup and a performing setup.

2.The Rig Manager window will open showing a default configuration.

The main area of the window is divided between two columns. On the left are the MIDI Input Devices – physical control devices like keyboards, pad controllers, and control surfaces. In the screenshot above, none of the devices shown have been given global names.

The column on the right is MIDI Controls.

3.Click the Rename Rig button and enter a new name for your rig.

4.Let’s add another input device. Click the plus sign at the top of the MIDI Input Device list. If you needed to remove a device, you just would click the “three dots” button next to the device and choose Remove this global name from the popup menu.

5.In the dialog that appears, give the device a global name. This step is key to using the Rig Manager.

6.The new device name needs to be linked to a physical MIDI controller. Click on the “three dots” button or right-click on the input device and choose a source device from the Associate MIDI Device submenu.

7.Now let’s add a new MIDI control by clicking the plus sign at the top of the MIDI Controls column. In the dialog that appears, name the MIDI control.

8.Now it remains to map the new virtual controller to a physical controller. Double-click the MIDI control you just created to put the control into Learn mode, or right-click it and choose Learn MIDI from the popup menu.

9.Move a knob, fader, or other physical controller and it will be mapped to the virtual controller.

The MIDI Control right-click menu also enables renaming the virtual control or removing it from the rig (by removing its name). Finally, you can disconnect a physical controller from a virtual one with the Remove MIDI association command.

10.Repeat the Learn MIDI process for each parameter you want controlled from your MIDI input device.

By now, Rig Manager should look something like this:

11.Connect the virtual controllers to widgets to control parameters. The MIDI controls that have been named and defined show up as sources, for example, in this list of sources to be mapped to a switch widget.

In the studio, QUNEO and QuNexus are the primary controllers. In performance, however, the controllers are a malletKAT and an old Roland PAD80. We will setup another rig for live performance.

12.Click the large plus button at the top of the window and choose Duplicate current rig to make a copy of the rig.

14.Create two new MIDI Input devices and rename them. In this example, they are named “Octapad” and “malletKAT.”

15.Choose Learn midi for each of the new input devices and play on them to establish the link.

16.Each MIDI Control must be trained once for a new physical controller. Double-click on the name of the MIDI control and then move a knob or other physical control. You can also enter Learn mode for a control by clicking the “three dots” button to the right of a control and choosing Learn midi.

17.When MIDI events from the physical control arrive, the item lights up in the MIDI Input Devices and Controls lists, and the events that came in will be displayed at the top of the window.

18.Repeat the Learn midi process for each controller.

20.Switch back and forth between the studio and performance rigs by clicking on the arrowheads and choosing a rig from the dropdown menu.

Rig Manager handles remapping switch and continuous controls, which is the hard part of changing to a different controller. The easier part is redirecting the typical stream of note messages from your keyboard, pad controller, or other musical controller. That is handled with MIDI plugins in the Connections view, the other place where a change in controllers must be accommodated.

One method is to use the MIDI In (OMNI) plugin. Omni, in this case, means not simply that it responds to messages on any MIDI channel, but also that it “hears” all connected MIDI devices. When you unplug a keyboard at rehearsal and plug a different in for live performance, it makes no difference, since the plugin responds to note messages from any source. If you use MIDI In (OMNI) in your rackspaces, you need worry only about setting up rigs in Rig Manager for each set of controllers you use.

Just to be clear, while the Connections view is where note messages for pitch are routed, individual note messages can be assigned to virtual controllers in Rig Manager, so that notes can trigger actions or perform other control functions aside from playing pitches.

An alternative approach is to create a rackspace with one of the controllers, say, the one used at rehearsal, then duplicate it, and modify the MIDI In block to change the MIDI Input source to the performance controller. Now you have rackspaces that are identical except for the controller used.