This software/driver pack is unofficial, not supported by Creative Labs. 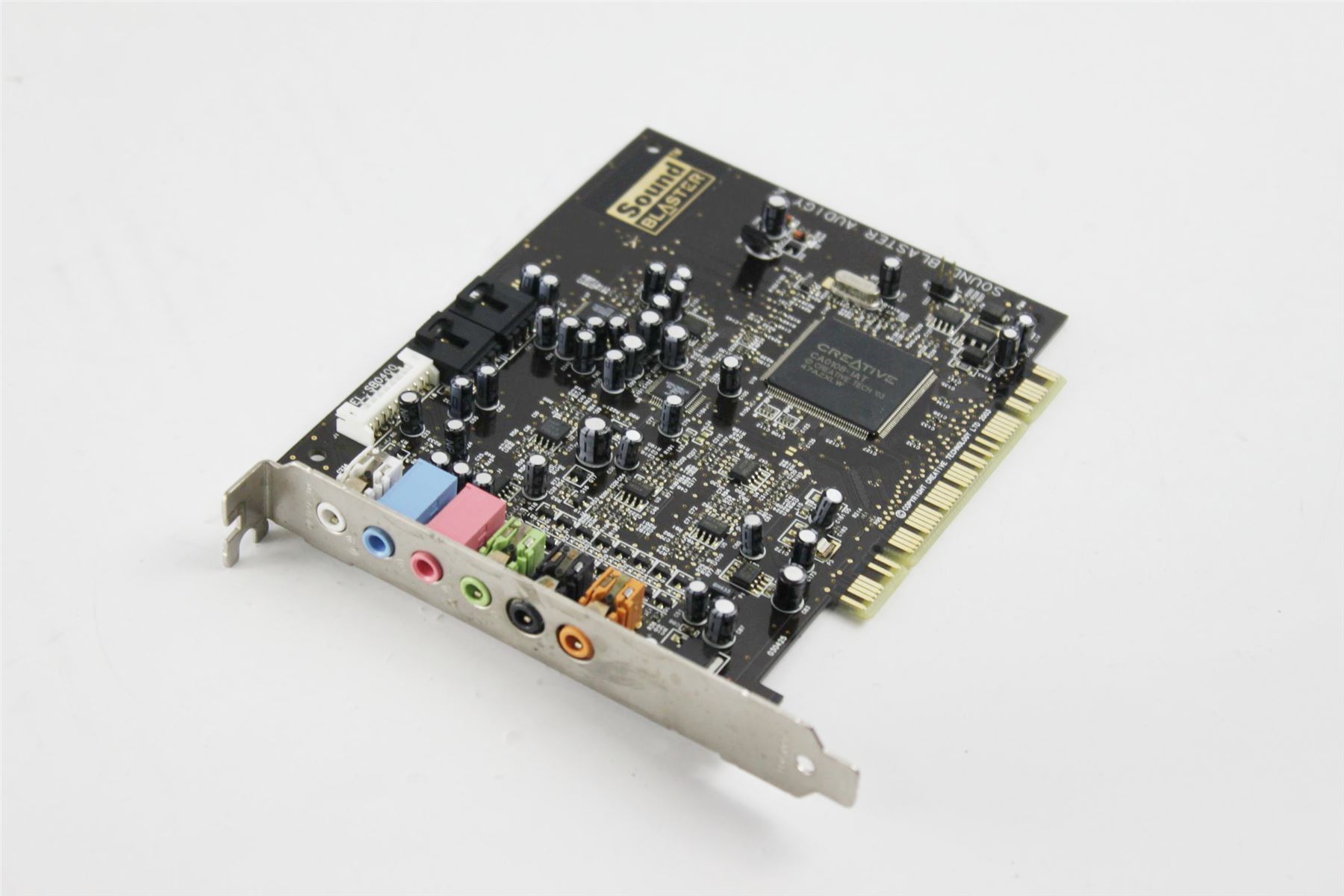 Fixes and improvements:
- 7.0: Updated driver and some shared components to latest versions.

- 6.2: Updated shared components.
- 6.1: Unless Creative releases a driver update, this is the final version. I'll release an updated Installation Disc, before you ask.

- Readded 'EndPoint Utility' to enable the use of other digital devices to output Dolby Digital Live encoded audio.


- Karaoke effects now work properly on Windows Vista or later, just use EAX Console to enable them. Effects will only be applied to the Microphone input.


- Sound Blaster Audigy Control Panel now available for all cards, but it lacks many settings available on Audio Console, so use the later.


- Added instructions on how to install the Gameport.


- Removed Encode switcher for now, only DDL is available.


- Installation now customizable, select what you want to install.

- Dolby Digital Live now works on Windows 8.1 (update 1). Creative Audio Service was not being installed on that OS.

- Online Karaoke page is available for all Audigy cards on Windows Vista or later; this is NOT a new feature, but an easier way to configure the Microphone.

- Added fully localized Korean and Chinese (Traditional) resources for EAX Studio, which were missing.
Undocumentend fixes by Creative (not listed in the release notes):
- Headphone mode now sticks and does not revert automatically to Speakers mode on Windows Vista or later.
- Special FX, Advanced EQ and Studio presets were not working on Windows Vista or later.
IMPORTANT: Driver uninstall on Windows Vista or later
Affects all cards, except Audigy 5/RX (SB1550) and Audigy 4 Series II (SB0612).
The included driver for Windows Vista or later has a bug that causes a stop (blue screen) error when unloaded by disabling the Audigy or uninstalling the driver.
To workaround this issue, run the KillDrv.exe utility included and restart when asked to do so. Proceed normally and uninstall all the software or only the driver.
If you have previously installed the Audigy 5/RX driver, you MUST run this utility.
As the KillDrvX verify the driver version installed, running it won't do any harm, even if the driver version is not affected.
HOW TO INSTALL THE GAMEPORT DRIVER
You can find a GameportReadMe.htm file in the folder where you unpacked the Support Pack.
Just follow the steps shown in the screenshots.
Windows XP and Windows Server 2003 root certificates update
To use the latest version of Dolby Digital Live, update the root certificates.
Run RootsUpdrootsupd.exe and wait a few seconds. It's a silent installation.
WINDOWS 8 OR LATER DOES NOT SAVE SETTINGS

Configure all settings and shutdown, hibernate or put your computer to sleep so that your settings will be saved.
This does not work if you disable Fast startup permanently or temporarily (by holding the Shift key while shutting down) or if you disable Hybrid Sleep.
OpenAL 2D benchmark in RightMark 3DSound crashes your system
The included driver for Windows Vista or later has a bug that crashes your system if you run the OpenAL 2D benchmark using 63 buffers.
No problem With 62 or fewer buffers.
OpenAL 3D and OpenAL 3D + EAX benchmarks are not affected.
Details: DRIVER_IRQL_NOT_LESS_OR_EQUAL (0x000000D1) - ctoss2k.sys
There is no DirectSound hardware acceleration on Windows XP 64-bit (x64) with 4GB RAM or more
The Audigy driver does not support 64-bit addressing, disabling the DirectSound hardware acceleration and causing multichannel sound to be played only in the stereo channels (front left/right).
Workarounds:
- install the 32-bit (x86) version of Windows XP.
- limit to less than 4GB the amount of RAM available to Windows.
- enable the 'Memory Hole' setting in the BIOS Setup, if your motherboard supports it.
- install and use Creative ALchemy to convert the DirectSound API calls into OpenAL, which is not affected by this issue.
Karaoke effects make the audio play in mono
You can avoid this issue by using EAX Console to enable Karaoke effects. Audio Console is affected by the issue.
Optionally, follow the steps below.
Open EAX Settings, select a Karaoke effect, then click the Edit button.
Click on the Source (Wave) tab and change the Original sound to 100% and Pitch Shift to 0%. Click the Save environment button.

Repeat the steps for all Karaoke effects.
These changes will be valid only for the current speaker configuration. If desired, repeat the same process for each speaker configuration.
Using other devices to output the DDL encoded audio
Only for Windows Vista or later, you can use any 'SPDIF/HDMI Out' from HD Audio, PCI or USB device to output 5.1 encoded audio.
To expose all SPDIF/HDMI Out devices to Audio Console, run the EndPtUtl.exe in the Audio Console installation folder.
MediaSource DVD-Audio Player system requirements
- 32-bit edition of Windows XP or later
- any Audigy 2, Audigy 2 ZS, Audigy 4 or Audigy 5/RX card.
Built-in Decoder on Windows Vista or later
To use the built-in decoder, make sure it is enabled in Audio Console.
Select 'SPDIF Out (Creative SB Audigy (WDM))' as the output device of your player and then configure the AC3/DTS filter to send the stream through SPDIF.
When you restart your computer, the Tone settings (Bass and Treble) are not applied.
Just readjust one of the controls one time per boot.
Equalizer and EAX effects are not available when using OpenAL or ALchemy
Only Tone (Bass and Treble) and CMSS 3D (CMSS, CMSS2 and Stereo Surround) features are available.
There is no sound in games with OpenAL support
Disable Advanced EQ and Special FX by selecting 'No effect' before running the game or program.

Equalizer settings are not applied after using OpenAL or ALchemy
After you run a game with OpenAL support or using Creative ALchemy, the Equalizer settings are applied.
Just run Equalizer and the saved setting is loaded automatically.
Tone settings are lost when speaker configuration is changed
Bass and treble settings reset to their default values when speaker configuration is changed.
Download:
Filename: Audigy_SupportPack_7_0.exe
File size: 120 MB
SHA-1 hash: DCD50CC4EB05DF2E15C1D9A63E2ED69E27C25D99
Mirrors: MediaFire
All files are property of Creative Technology Ltd, unless otherwise stated.