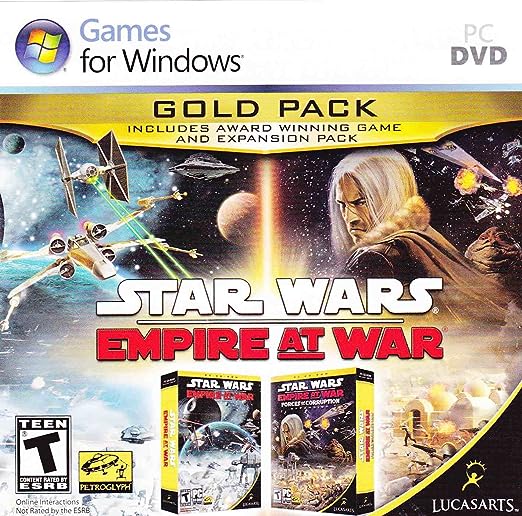 Note: This procedure involves editing game files; create a backup copy of the files before proceeding. Use a text editor to edit the .txt files that correspond to ships in the 'lucasartsstar wars empire at wargamedatadata' directory. Examples of the files are 'acclamator_assault_ship.txt', 'alliance_assault_frigate.txt', 'broadside_class_cruiser.txt', etc. Open these files with a text editor and add a name. The name will eventually be created in game once the location in the list is reached.

Conquer or capture all planets except for the mission planet. Then, fortify the planets around your mission planet. Next, set the game to fast forward and allow it to run. Check on it occasionally to make sure you have not been attacked. After awhile, check your cash flow. If you like it, resume normal play and complete the scenario. If not, just wait and let your money build.

Tips for Galactic Conquest mode with the Empire

Try to keep each planet that is in your control well defended in space and land with at least one level 2 or 3 space station and a Victory Class Star Destroyer. On the ground, have a barracks and a light factory. If possible, also build a shield generator and/or turbolaser towers. However, build these last as the bigger your base is, the more turbolaser towers you get. 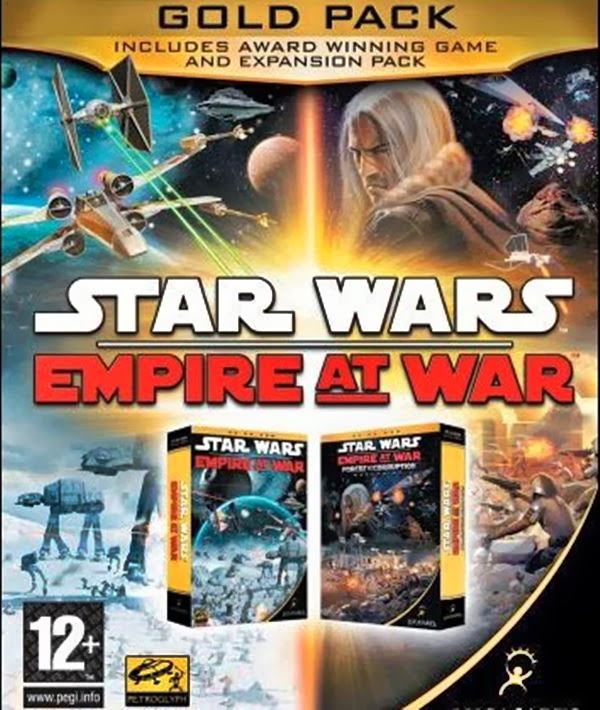 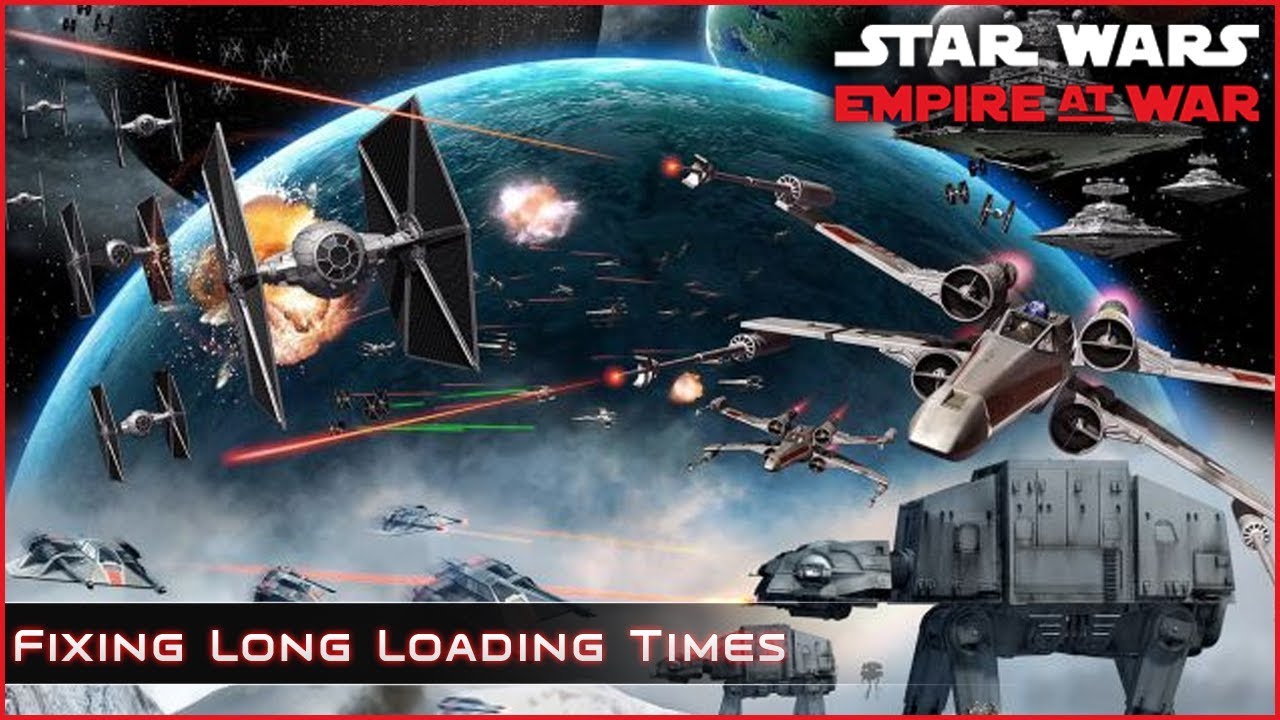 Never leave a planet unguarded in space or on land. The Rebels can see every move you make, and can get past any blockade you may have set up with a small force. They will know at all times whether your planet is guarded or not and strike the moment you leave a planet venerable to attack on land or in space.

The Rebels tend to jump to hyperspace if there are transports in the battle. In space when the Rebels attack you and it looks like they have a large force against you and it appears hopeless, do not auto-resolve or give up. Usually their 'massive fleet' is mostly made of transports. Just destroy some ships for about twenty seconds and they will jump to hyperspace; even if their space station is not destroyed and they have a larger force, they will flee.

Send Boba Fett to the planet you are planning to invade first and alone. He can not only kill enemy heroes, but he will also reveal the space craft orbiting the planet. Just move the pointer over the ship(s) surrounding the planet and the droid above your mini-map will show what and how many ships are in their fleet, unless they have Luke Skywalker. If they have Luke Skywalker, you will not know what ships they have; just how many different types of ship. If you keep Boba Fett at the planet you are invading, he will assist you in space and land battles.

To get the Death Star, put a hero that gives you space discounts on the planet you wish to build it on. Then, build a research lab and a level 5 space station with all the upgrades. The Death Star will cost 20,000 credits. The Rebels will be alerted of your new construction as it is being built. Both sides will have a timer on their screen showing how long it will be before construction is complete. Not counting space battles, it is about six minutes. Note: The Death Star moves extremely slowly; if you are combining the Death Star and another fleet, move the fleet to the Death Star and not the other way around. When you destroy a planet, it will become an asteroid field. It will not only produce less credits for the faction who controls it, but if you leave the 'planet' with no spacecraft or space station, then it will become neutral and is free game for the Rebels to hide.

Complete all the missions given, because the items you get will help. If you wait awhile, you will get credits and Imperial Star Destroyers (started at tech level 4 for the Star Destroyers). Soon planets will start revolting slowly to your side. Build a Space Station and Barracks at the same time if you cannot keep ships at the planet or get them there. If a single enemy ship that would trigger combat enters the system, it will cancel the Space Station, however you will still have the Barracks which should be done quickly. Afterwards, keep upgrading the Space Station and build a Light Factory and two Storm Troopers for every AT-ST or TIE Mauler. However, make sure to build the Storm Troopers first.

Tips for Galactic Conquest mode with the Rebels 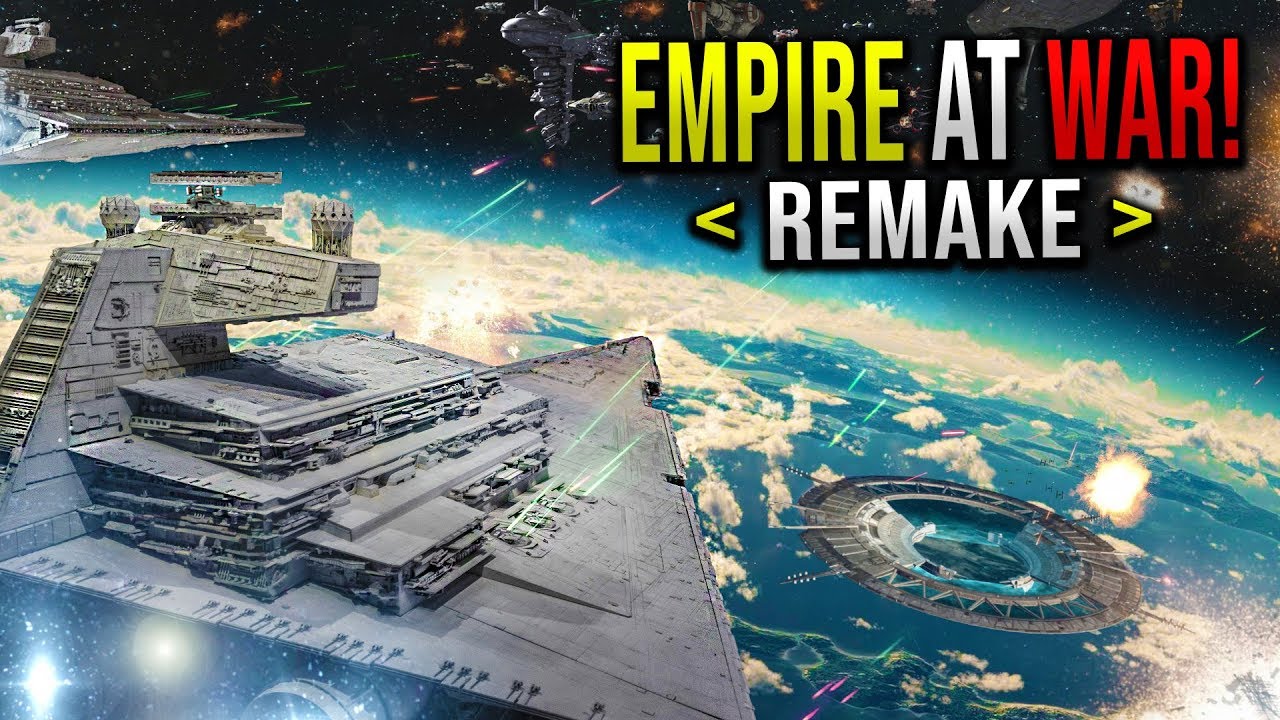 At the start of a new campaign, build lots of Mining Facilities on each planet. They can be sold later if desired. Have the droids steal Imperial technology immediately from the start. It is sufficient to build Factories, Barracks, etc. on only a few of planets to begin with, as forces can easily be moved to the desired location after they have been produced. Instead of having ground forces protecting your planets, concentrate on building a large fleet for each planet. Make sure your Space Station is upgraded to the maximum at all times. This should be sufficient to repel the Imperial fleet and thus prevent a ground assault altogether. You will also need to build a large separate attack fleet in order to conquer planets, as you cannot leave any of your planets unguarded at any time. Also, make sure Antilles' ship is included as his 'weaken enemy' special attack is extremely effective. Place all your ground forces into one huge army following your attack fleet around the galaxy, but never put them in the same fleet. A surprise attack could leave your transport ships facing a Star Destroyer. Make sure you have bomber squads in your fleet to allow for bombing raids on planetary battles. Bring the droids as well, as they do not affect the total number of units allowed, and their ability to repair units can be very useful if there are no building pads nearby. As soon as you have conquered a new planet, build a fleet to protect it. Do not remove your main fleet until the the planetary fleet is in place, or you will risk being attacked immediately. As the game progresses, the Imperial fleets will grow bigger; make sure your attack fleet and planetary defense fleets are up to strength, and do not forget to replace losses immediately after a battle.

You must build, to conquer space; buy as many Accumulator Assult Ships and Victory Star Destroyers as you can afford. It is also recommended that you get some Imperial Star Destroyers and possibly a Interdictor Star Destroyer. Once you have your space forces, focus on your infantry. You may need to wait for more income because of all the space forces, but when you get enough, buy some of the first two things you can (for example, Storm Troopers or Scout Troopers), then a few tanks. Note: This will also work for Galactic Conquest mode.

Build at as many places as you can, X-Wings for space and Infantry Platoons or Plex Soldiers for land. Since X-Wings have such a high fire rate, they will kill enemies easily. When the space battle is over, take the ground with your forces. It may also help to have some T2-B Tank squadrons. With the Plex(s) as high defensive and your platoon(s) doing the rest, you should win quickly. Note: This will also work for Galactic Conquest mode.