Cary, NC — While the states continue to turn blue and red in the race for the next President of the United States, the results have come in for local races including Wake County boards, the NC General Assembly and the race for Governor.

A Short Session Faced with Pandemic, Unemployment and Public Protesting

The legislative short session kicked off on April 28, a date specified when the long session adjourned on January 14. When we adjourned in January there was every reason to anticipate a typical short session: budget wrangling, the passage of a few remaining bills, and adjournment with plenty of time to campaign for the November election.

But in the intervening 15 weeks, the world dramatically changed with the discovery of a novel coronavirus in a single Chinese province. Its global spread was rapid, soon reaching the definition of a pandemic. The first US case was diagnosed in Washington state in late January; NC documented its first case in early March.

The usual routines of schools, businesses and families have since been incredibly disrupted. Unemployment is at a new high. The need for online learning has laid bare the geographic and socioeconomic divide in the availability of broadband internet. Serious health disparities for people of color and those without access to health insurance (acknowledged as longstanding problems in our state before COVID-19) are the cause of higher rates of infection and death for these populations.

Fifty years after the civil rights movement, our country is facing protest marches, rioting in many cities, and widespread public outcry for criminal justice reform after the latest episode of extreme force used by police officers against people of color, particularly black men.

These are the conditions in which the General Assembly has engaged in a short session like no other.

With health experts urging statewide actions to ‘flatten the curve’ of new COVID-19 cases and the resultant ‘stay at home’ executive order (now a ‘safer at home’ executive order), the House made history when the short session gavelled in, using Zoom to convene committee meetings and live-streaming floor sessions on YouTube with proxy voting allowed by new House rules.

In addition to protecting public health, an upside to this new world order is that citizens can easily tune in to committee meetings that previously required travel to Raleigh. House and Senate floor sessions can be viewed rather than just heard (although audio-only is still available). Access to each day’s legislative calendar; committee links with meeting times, agendas and documents; and video and audio links for each Chamber are available here.

Some of the most noteworthy bills passed in recent days include:

Read more about the bill in this WRAL.com article.

HB 594 as originally written pertained to HOA bylaws when it passed the House in 2019. It was sitting dormant in a Senate committee when an Alamance county senator decided to strip the original language and use the bill as a vehicle to reopen gyms and fitness facilities. Stripping bills is a common occurrence in the short session since to be eligible for action most bills must have passed one Chamber in the long session.

The ‘new’ bill contained rigorous requirements for screening and distancing of employees and participants, for equipment cleaning after each use and for thorough daily facility cleaning, among other stipulations.

As a nurse practitioner, I understand and value the physical and mental benefits of regular exercise and wellness activities. In addition, many health & fitness facilities are small women-owned businesses.

I looked forward to voting for this bill and supporting the health & fitness industry and these small business owners. 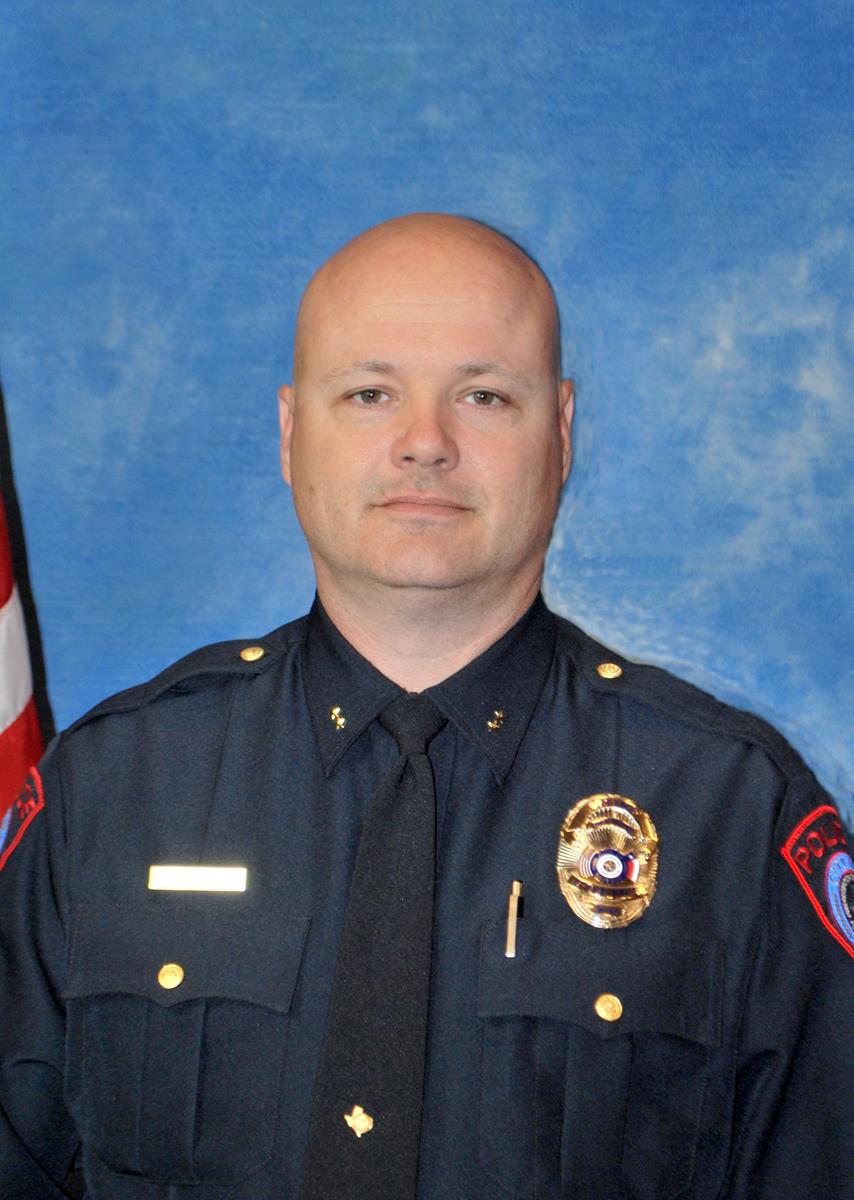 New Language Would Strip Authorities from Governor and DHHS Secretary

Unfortunately, the same senator bill sponsor decided at the last minute to add verbatim the language of the recently vetoed bar bill – and new language that I could not support because I am a health care provider with a background in public health. The new language stripped the governor of his executive authority to close newly reopened bars if COVID-19 trends make it advisable to do so. It also stripped the Secretary of DHHS of her authority to close a business that threatens public health through its business practices (declaring it an ‘imminent health hazard’).

The new language required that the governor’s decision to close bars and a DHHS decision to declare a business an imminent threat would be ultimately decided by a vote of the 9 member Council of State. The Council of State are politicians elected statewide, including the Attorney General, the Commissioner of Agriculture, the Secretary of State and the State Auditor. They are all elected to do important jobs, but none involve issues of public health. Stripping away the power of the governor’s public health team would limit their ability to respond to illegal mass gatherings and to respond to changing COVID-19 conditions.

The new bill never received a House committee hearing; no amendments or changes were allowed on the floor. I was very disappointed to have to vote against it.

The bill passed 69 to 50 and now heads to Governor Cooper for his signature or veto.

With health officials expecting the coronavirus to keep many people away from the polls this year, it was important for the legislature to act quickly to make sure that county boards of elections are prepared for more absentee ballot requests. While the bill was not perfect, it safely expands access to voting while making this year’s election more secure.

The task force will develop and help implement policy solutions to address systemic racial bias in criminal justice and submit legislative and municipal recommendations on or before December 1, 2020.

The Executive Order also creates a Center for the Prevention of Law Enforcement Use of Deadly Force within the State Bureau of Investigation to track statistics and improve training related to the use of force.

Also last week, Secretary of the Department of Public Safety Erik Hooks directed law enforcement agencies under the purview of the Department of Public Safety to ensure each division has a ‘duty to intervene’ policy in place. He also directed that divisions conduct policy reviews on use of force, deescalation techniques, arrest procedures, cultural sensitivity training and internal investigation processes. Executive Order No. 145 directs cabinet agencies and encourages non-cabinet state agencies with sworn law enforcement officers to do the same.

Read the full Order and FAQ.

Communities of color are disproportionately affected at each stage of the criminal justice system. National data is sobering:

State education and health leaders have announced the StrongSchoolsNC Public Health Toolkit (K-12) health guidance for resuming in-person instruction in NC public schools. The toolkit provides a baseline for health practices to be followed to minimize the risk of exposure to COVID-19 as North Carolina resumes classroom instruction.

Governor Cooper and health officials have warned that people must continue to take COVID-19 precautions to ensure schools can resume in-person instruction. 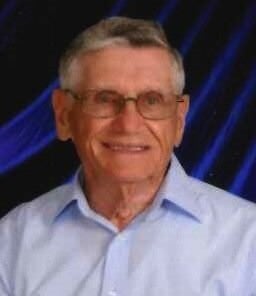 For example, the Toolkit requires students and others to be screened for illness before entering school and requires floor markings to help maintain social distance. It also includes sample screening symptom checklists in English and Spanish, a flow chart protocol for handling suspected or confirmed cases of COVID-19, and a checklist of infection control supplies schools may need. The Toolkit will be updated as new health guidance is released by the CDC and additional resources are made available.

The state expects a significant shortfall when revenue figures are reported after the (new) July 15 income tax filing deadline. A proposed two-year budget bill that passed in spring 2019 was vetoed by Governor Cooper (the House passed a veto override in September; the Senate never took an override vote). Because of this, the state has been operating under the FY 2018-2019 budget with some spending increases as the result of small targeted appropriations bills.

It is likely in the coming weeks that a series of mini-budget bills will be filed instead of a single comprehensive budget bill. Just like many of you, the legislature is figuring out how to conduct business under new and uncertain conditions.

I will send another update when the short session adjourns. In the meantime, I hope that you and your loved ones remain healthy. Reach me at [email protected] or call Suzanne Smith in my legislative office at 919-733-5602 if we can assist you in any way. Thank you for staying in touch with me and for allowing me to represent the people of District 41.

From the blog of NC District 41 Representative Gale Adcock. Photos by Cary’s Hustle Fitness Studio and the public Facebook of Governor Roy Cooper.