You may copy and use anything you find on this blog with your classes or in any presentation to teachers that you do. You may link to it and quote passages. Please reference it so others can find and use it too. The material is protected under international copyright law. Please do not publish anything without my permission. Much like the Calculus AB course, the AP Calculus BC course focuses on the unifying themes of calculus. These include derivatives, integrals, limits, approximation, applications and modeling, and sequences and series, as well as basic experience with appropriate methods and applications.

I have a love/hate relationship with calculus: it demonstrates the beauty of math and the agony of math education.

Calculus relates topics in an elegant, brain-bending manner. My closest analogy is Darwin’s Theory of Evolution: once understood, you start seeing Nature in terms of survival. You understand why drugs lead to resistant germs (survival of the fittest). You know why sugar and fat taste sweet (encourage consumption of high-calorie foods in times of scarcity). It all fits together.

Calculus is similarly enlightening. Don’t these formulas seem related in some way?

They are. But most of us learn these formulas independently. Calculus lets us start with $text{circumference} = 2 pi r$ and figure out the others — the Greeks would have appreciated this.

It really shouldn’t be this way.

I’ve learned something from school: Math isn’t the hard part of math; motivation is. Specifically, staying encouraged despite

‘A Mathematician’s Lament’ [pdf] is an excellent essay on this issue that resonatedwithmany people:

“…if I had to design a mechanism for the express purpose of destroying a child’s natural curiosity and love of pattern-making, I couldn’t possibly do as good a job as is currently being done — I simply wouldn’t have the imagination to come up with the kind of senseless, soul-crushing ideas that constitute contemporary mathematics education.”

Imagine teaching art like this: Kids, no fingerpainting in kindergarten. Instead, let’s study paint chemistry, the physics of light, and the anatomy of the eye. After 12 years of this, if the kids (now teenagers) don’t hate art already, they may begin to start coloring on their own. After all, they have the “rigorous, testable” fundamentals to start appreciating art. Right?

“This above all else: to thine own self be true, and it must follow, as night follows day, thou canst not then be false to any man.” —William Shakespeare, Hamlet

It’s an elegant way of saying “be yourself” (and if that means writing irreverently about math, so be it). But if this were math class, we’d be counting the syllables, analyzing the iambic pentameter, and mapping out the subject, verb and object.

Math and poetry are fingers pointing at the moon. Don’t confuse the finger for the moon. Formulas are a means to an end, a way to express a mathematical truth.

We’ve forgotten that math is about ideas, not robotically manipulating the formulas that express them.

Feisty, are we? Well, here’s what I won’t do: recreate the existing textbooks. If you need answers right away for that big test, there’s plenty of websites, class videos and 20-minute sprints to help you out.

Instead, let’s share the core insights of calculus. Equations aren’t enough — I want the “aha!” moments that make everything click.

Formal mathematical language is one just one way to communicate. Diagrams, animations, and just plain talkin’ can often provide more insight than a page full of proofs.

But calculus is hard!

I think anyone can appreciate the core ideas of calculus. We don’t need to be writers to enjoy Shakespeare.

It’s within your reach if you know algebra and have a general interest in math. Not long ago, reading and writing were the work of trained scribes. Yet today that can be handled by a 10-year old. Why?

Because we expect it. Expectations play a huge part in what’s possible. So expect that calculus is just another subject. Some people get into the nitty-gritty (the writers/mathematicians). But the rest of us can still admire what’s happening, and expand our brain along the way.

It’s about how far you want to go. I’d love for everyone to understand the core concepts of calculus and say “whoa”.

So what’s calculus about?

Some define calculus as “the branch of mathematics that deals with limits and the differentiation and integration of functions of one or more variables”. It’s correct, but not helpful for beginners.

Here’s my take: Calculus does to algebra what algebra did to arithmetic.

Using calculus, we can ask all sorts of questions:

Algebra & calculus are a problem-solving duo: calculus finds new equations, and algebra solves them. Like evolution, calculus expands your understanding of how Nature works.

Let’s walk the walk. Suppose we know the equation for circumference ($2 pi r$) and want to find area. What to do?

Realize that a filled-in disc is like a set of Russian dolls.

Here are two ways to draw a disc:

The amount of “space” (area) should be the same in each case, right? And how much space does a ring use?

Well, the very largest ring has radius “r” and a circumference $2 pi r$. As the rings get smaller their circumference shrinks, but it keeps the pattern of $2 pi cdot text{current radius}$. The final ring is more like a pinpoint, with no circumference at all.

Now here’s where things get funky. Let’s unroll those rings and line them up. What happens?

This was a quick example, but did you catch the key idea? We took a disc, split it up, and put the segments together in a different way. Calculus showed us that a disc and ring are intimately related: a disc is really just a bunch of rings.

A note on examples

Many calculus examples are based on physics. That’s great, but it can be hard to relate: honestly, how often do you know the equation for velocity for an object? Less than once a week, if that.

I prefer starting with physical, visual examples because it’s how our minds work. That ring/circle thing we made? You could build it out of several pipe cleaners, separate them, and straighten them into a crude triangle to see if the math really works. That’s just not happening with your velocity equation.

A note on rigor (for the math geeks)

I can feel the math pedants firing up their keyboards. Just a few words on “rigor”.

Did you know we don’t learn calculus the way Newton and Leibniz discovered it? They used intuitive ideas of “fluxions” and “infinitesimals” which were replaced with limits because “Sure, it works in practice. But does it work in theory?”.

We’ve created complex mechanical constructs to “rigorously” prove calculus, but have lost our intuition in the process.

We’re looking at the sweetness of sugar from the level of brain-chemistry, instead of recognizing it as Nature’s way of saying “This has lots of energy. Eat it.”

I don’t want to (and can’t) teach an analysis course or train researchers. Would it be so bad if everyone understood calculus to the “non-rigorous” level that Newton did? That it changed how they saw the world, as it did for him?

A premature focus on rigor dissuades students and makes math hard to learn. Case in point: e is technically defined by a limit, but the intuition of growth is how it was discovered. The natural log can be seen as an integral, or the time needed to grow. Which explanations help beginners more?

Let’s fingerpaint a bit, and get into the chemistry along the way. Happy math.

(PS: A kind reader has created an animated powerpoint slideshow that helps present this idea more visually (best viewed in PowerPoint, due to the animations). Thanks!)

Note: I’ve made an entire intuition-first calculus series in the style of this article:

Other Posts In This Series

What Do You Know Ap Calculus Frq

It might seem like an age-old question, but have you ever pondered over “When am I ever going to use this in real life” in your math class? To stumble on the applications of basic arithmetic or finances are obvious, but when it comes to calculus, we often find ourselves scratching our heads with confusion. 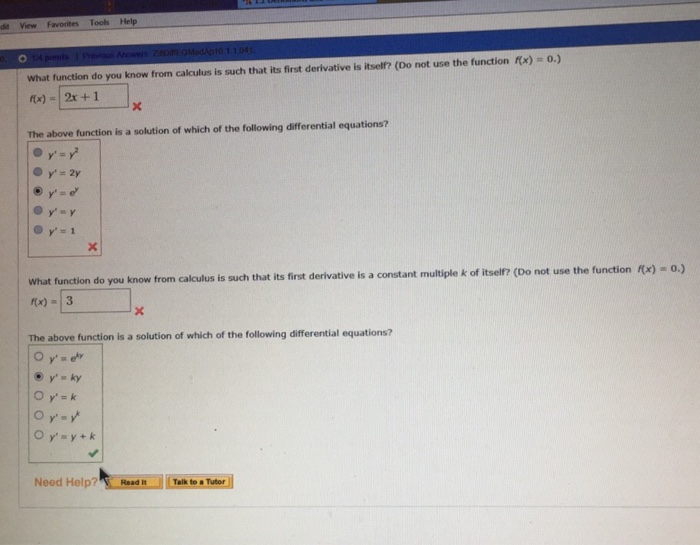 There’s one thing I need to tell you: Of course, you may not sit down and solve a tricky differential equation on a daily basis, but calculus is still all around you. Did you know that because of the ability to model and control systems, it gives us extraordinary power over the material world?

Calculus is the language of engineers, scientists, and economists. The work of these professionals has a huge impact on our daily life – from your microwaves, cell phones, TV, and car to medicine, economy, and national defense.

Though it was proved that some basic ideas of Calculus were known to our Indian Mathematicians, Newton & Leibnitz initiated a new era of mathematics. There are a large number of applications of calculus in our daily life. It can’t be possibly illustrated in a single view. I’m trying to describe them shortly here.

What Do You Know Ap Calculus College Board 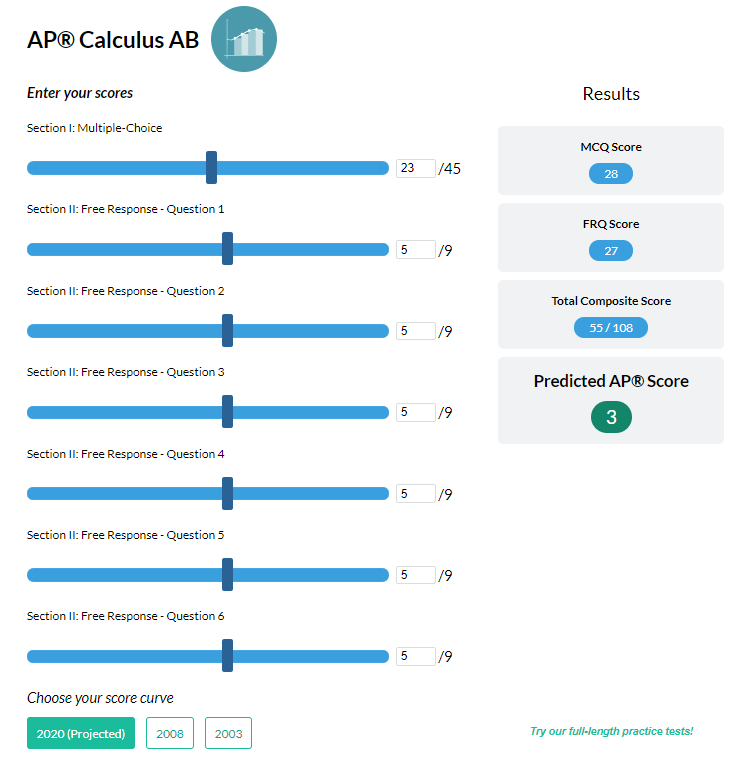 What Do You Know Ap Calculus Test What Do You Know Ap Calculus Multiple Choice

Let’s take a look at some other examples. 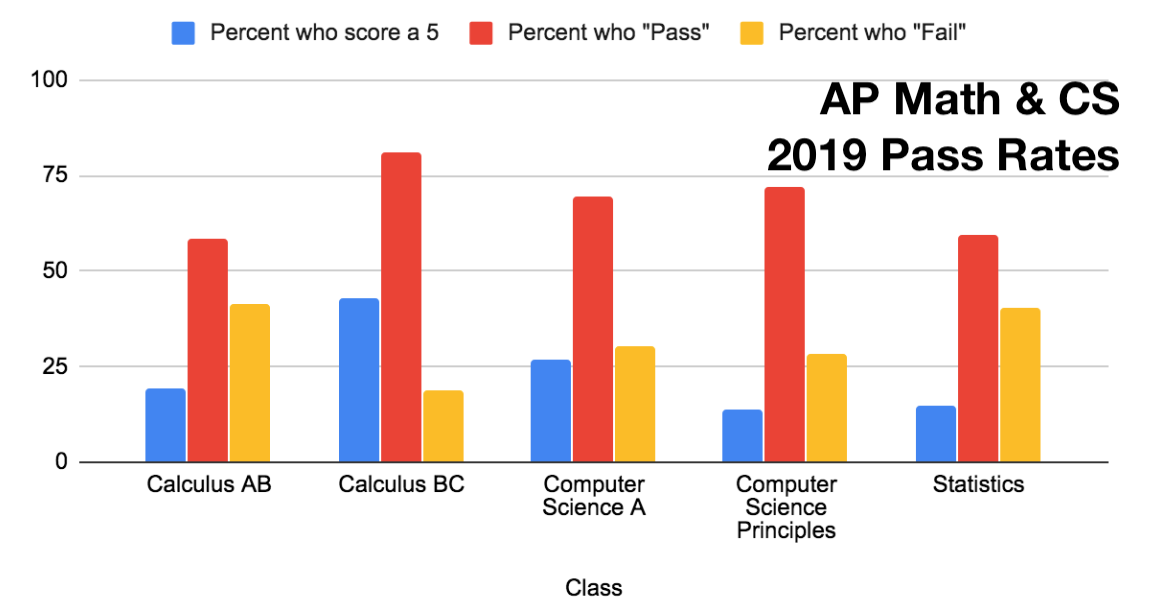 For most professions, this topic is very important. So, this is why you can’t dismiss it as just another subject. Despite its mystique as a more complex branch of mathematics, it touches our lives each day, in ways too numerous to calculate.
You can find tips from our experts here to become super at calculus.